Edward Mitchell made a lasting impression when he landed his first job at Little Caesars Pizza.

“Edward is and always has been an inspiration,” said Kevin Colbert, the Jackson-based Little Caesars franchise owner, who knew immediately during the job interview that Mitchell would be a blessing to his team. “He’s the type of person you just want to be around.” He worked at full capacity in every work station at the restaurant and he motivated everyone around him. “He’s a special individual. He’s willing to do whatever it takes to help others succeed.”

Today, Mitchell is a champion for people with disabilities in the workplace. Mitchell educates employers who want to know how they can accommodate employees with disabilities. “They would ask and I would let them know,” he said. After listening to Mitchell, his own employers were more cognizant about ensuring that everything he needed was within arm’s reach. They also took measurements of his power wheelchair and factored in his turning radius to help him navigate through the office.

April is National Financial Literacy Month and Mitchell is also excited about his new role in educating more people with disabilities about their financial savings options. Mitchell is an ABLE National Resource Center Black, Indigenous and People of Color (BIPOC) Ambassador. ABLE has a new initiative to increase savings account participation in more BIPOC communities by sharing how opening tax-advantaged savings accounts can greatly improve their quality of life.

Kudos to Mitchell for the way he has spent his life investing in others. He currently works as an independent living specialist at the Jackson Center for Independent Living in Tennessee. In that role, he also partners with the STAR Center and refers some JCIL clients for additional programs and resources. As a college student, Mitchell became the first person in a wheelchair to live in the campus dorms when he attended Lane College. This nationally-known disability advocate is also a familiar face as a fan relations coordinator for the Jackson Generals minor league baseball team.

On March 29, Governor Bill Lee appointed Mitchell to a three-year term as a member of the Council on Developmental Disabilities. The March 29 date is especially significant to Mitchell. March 29 is the 18-year anniversary of the day that he was the victim of a hit-and-run accident.

Mitchell was a new Little Caesars employee when he was severely injured in a hit-and-run accident on March 29, 2003 while riding his bike on Ashport Road. He was hit by a truck and thrown into a ditch. As a result of the injuries sustained, Mitchell has quadriplegia with an incomplete spinal cord injury at the C5 and C6 levels. The hit and run driver was never found.

After the devastating accident, Colbert said he never planned on losing Mitchell as a team member.

The Colberts kept in contact with Mitchell while he was in the hospital and they committed to making the necessary modifications and accommodations to welcome him back when he returned to the workplace several months later in a power wheelchair.

Mitchell said they adjusted the counters so that he could access the register. They removed the cabinet doors under the register so that he could seamlessly maneuver his wheelchair in those work stations. They were flexible with his schedule while he was adjusting to his “new normal.” He operated the register, worked on Excel spreadsheets for mass mailers, and kept track of customers’ orders. He also enjoyed going outside to help attract customers to the store by participating in shaker boarding on the sidewalk near the store.

Mitchell and Colbert still maintain an amazing bond more than 18 years later. They regard each other like family.

Colbert has proudly cheered Mitchell on over the years and counts it a blessing to celebrate his milestones. Mitchell earned his bachelor’s degree in 2009 from Lane College and his MBA in 2011 from Union University. He is a member of the National Black MBA Association and an active member of Alpha Phi Alpha Fraternity, Inc.

He was confirmed by the Republicans and Democrats of TN to testify before the Washington D.C. – Senate Special Committee on Aging. Mitchell spoke on the hearing title, “Supporting Economic Stability & Self Sufficiency as Americans with Disabilities & their Families Age. In 2019, Mitchell was inducted into the Lane College Hall of Distinction for the Young Alumni Achievement Award.  Click on this link to listen in on a podcast interview with Mitchell.

Also, please take the time to visit Edward’s personal website to learn more about his story.

Wendy Mercer joined the STAR Center team in 2017. She is a job placement specialist and coordinator of the STAR Center Business Advisory Group. Wendy earned her master's degree in teaching from the University of Memphis. She received her bachelor's degree in print journalism from Clark Atlanta University. Wendy is a former special education teacher and freelance writer. Wendy is active with several community organizations. She currently serves as vice president of the Jackson Old Hickory Rotary Club. 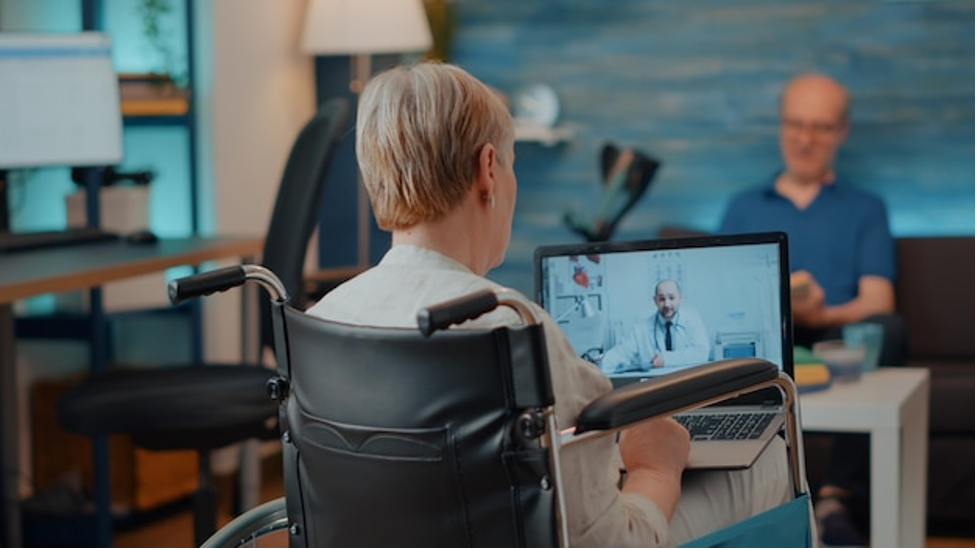